Today's announcement by Senator Jake Corman (R-PA) that the NCAA has repealed the sanctions against Penn State, including restoring the 112 wins the football team achieved during the years 1998-2001, was a pleasant surprise.

But let's not forget that these wins belonged primarily to the players, not the coaches.  And so especially for the players, I am happy.

Penn State Football: These "Irish" Eyes Teared Up As Penn State Pulled Out a Tight Win

The tears flowed freely this weekend, and most of them were tears of sorrow, not joy.  They first came on Friday when someone posted a 17 minute video of the pep rally in Dublin, a pep rally in an unfamiliar location but with a very familiar format.

My husband Terry and I had attended so many in the past at away games and bowl games all over the country.   The pep rallies all seemed the same after a while, but there in Ireland, it was decidedly different.  The enthusiasm of the Penn State crowd was contagious and it reminded me that of course I would have been there "if only"...

Paterno Legacy by Jay Paterno: A Must Read!

I was lucky enough to learn that the Barnes and Noble bookstore in State College had a few copies of this book before anyplace else in the country.  I was able to drive down to the bookstore and pick one up right away.  Never mind that I almost got a speeding ticket on my way to pick up the book...luckily the police officer that stopped me was kind!

Once I acquired it I couldn't put it down, even though I went through an entire box of tissues while reading it.  There are painful moments, rich moments, humorous moments.  It is very well written.

When I think of Joe Paterno and his impact on Penn State University, I think primarily about his commitment to developing young men - his football players - into educated and responsible citizens who contribute greatly to the world we live in.

Yes, Joe also won a lot of football games - 409 to be exact - but in fact Joe didn't win a single one of those games by himself.  His players were the true winners.  What Joe did so beautifully over 61 years of service to Penn State as a coach was to establish the right conditions and discipline for those team members to excel.

And to excel while earning their degrees at a demanding university that cuts no slack to athletes. I know, because I teach at Penn State and have to fill out forms on athletes' progress in my classes - they are very tightly monitored to make sure they are attending classes and succeeding in the classroom.  Regardless of their position on the team, if a football player is slacking off in the classroom, Joe Paterno would tell you "Flunk him.  It will teach him a lesson."  I know because this situation happened in my classroom and that is exactly what Joe Paterno told me.

Joe Paterno and his wife Sue were also great humanitarians.  They gave back (and his family continues to give back) to Penn State University and to numerous Pennsylvania charities.  Economically, the success of Penn State football during Joe's tenure contributed greatly to Centre County businesses and tourism and certainly the quality of life.

For these reasons, the efforts to Honor Joe through the film "The People's Joe" and through a very exciting bench sculpture project "Joe's Bench",  planned for downtown State College are worthy of your support.

These projects are designed to be projects by the people and for the people. Many sculptures are created due to the generosity of a few large donors with deep pockets, but the intent here is to reach out to all who want to share in the story and pay tribute to a man who truly deserves our respect.

Recently, I was visiting the City of Amsterdam, and while wandering through the Red Light District, happened upon this bench which pays tribute to Lieut-Colonel Alida Margaretha Bosshardt, a Salvation Army leader who was known as the "Angel of Amsterdam".   I didn't even know who she was at the time, but felt compelled to sit on this bench and curious enough to find her biography online. 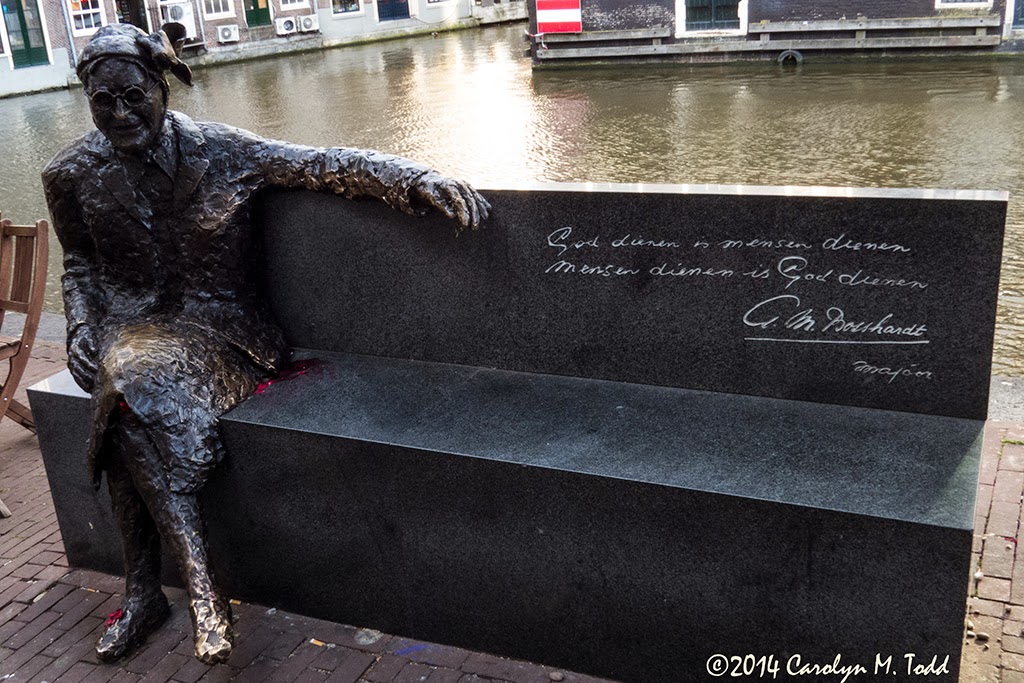 Just think...how cool would it be if we had something like this in State College to honor a man who would never want to be described as an angel, but who had such an impact on so many lives through his work?

To find out more about the film and bench projects and to contribute $1, $5, $25, $100 or more towards this effort, visit igg.me/at/joesbench

And please...spread the word....this project will happen only with broad-based support.

Penn State Football: A Heartfelt Request in Memory of My Husband

Football was Terry's passion and in 2013 cancer stripped Terry of that passion as well as his life.

For that reason I have asked that memorial contributions in Terry's name be made to the Penn State chapter of Uplifting Athletes. It's an annual PSU football team effort to raise money for kidney cancer research, and it seems very fitting to support this charity.

Any donations in Terry's memory are most appreciated, or you can choose a favorite athlete and support their efforts in the upcoming 2014 Lift for Life.

You can visit the Uplifting Athletes website here:
www.upliftingathletes.org

Thank you for your patience this year, I promise you that this blog will see new life in the months ahead.

It wasn't always pretty, and it came down to the final minute or so, but Penn State got the job done, beating Syracuse 23-17.  And so the second season under Coach Bill O'Brien gets off to a roaring start, under the shaky (at times) leadership of a true freshman quarterback Christian Hackenberg who is still learning the game but obviously has great potential.  At the end of the game, O'Brien relied on the defense to secure the win, not daring to risk another offensive turnover in a game that had plenty of ups and downs for both teams.

This was a most unusual game for me and especially for my husband Terry.  We weren't actually there.  For the first time since September 1990 my husband Terry was not able to make a Penn State game in person, and the last game I missed was September 2001, a game in Iowa City that Terry went to but I stayed home due to a sick animal.

A Great Retrospective on the 2012 Penn State Football Season

Yesterday, Penn State sports historian and author Lou Prato stopped by our house to visit Terry.  It was a great visit, and we spent time discussing our separate journeys to becoming devoted Penn State football fans.  Lou, with his years of experience as a journalist and in broadcast news, has tons of stories not only about his work with Penn State sports, but his coverage of other teams like Ohio State and Michigan.  Hilarious.

Lou learned that our story is different than a lot of Penn State fans.  Our devotion to Penn State had nothing to do with attending school here, and so Terry told him about how he evolved from Ohio State to Missouri to Penn State.  And I told him about my complete lack of devotion to football before I met Terry.   Also as I will tell my students tomorrow when classes begin, the reason I'm here teaching at Penn State's Smeal College of Business is due to Penn State football.  It's not the other way around.

One of Lou's tasks yesterday was to autograph his new book, entitled, "We Are Penn State:  The Remarkable Journey of the 2012 Nittany Lions".   You can purchase it here.  It's a very good read.  I finished it in a day.  Its hard to put down once you get started.

While Lou certainly has a point of view about what happened to Penn State as a result of the aftermath of the Sandusky scandal, especially the damages done to the football team and the Penn State brand by the Freeh Report and the NCAA sanctions, he does not dwell too long on those issues in the book.  He has written about those topics elsewhere, such as in his columns in Blue White Illustrated.

Rather, this book is almost entirely about the 2012 team who stayed when the NCAA sanctions said they could leave at any time without penalty.  It's about this remarkable group of football players whose emotional leaders were seniors Michael Mauti and Michael Zordich, and their brand new coach, Bill O'Brien, and how they kept Penn State football alive and helped us all smile again.

Penn State Football: "Life Comes At You Fast", and Sometimes It Isn't Pretty

Somehow, none of that matters now.  It's just a game, after all.  Right???

There was a sign I saw recently in a medical office:  "Life is just a game.  Football is serious business."  For us, it certainly has been that way.  It dominated our lives each fall, and, well, I expect there to be a big hole now.

Unfortunately, I know how it will be filled, and finding time to tend to what needs to be done over the coming months will be a real challenge. 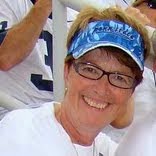 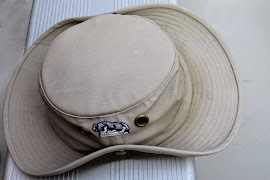 His Passion for Penn State Inspired Us All

Have you hugged a SNOIL today? 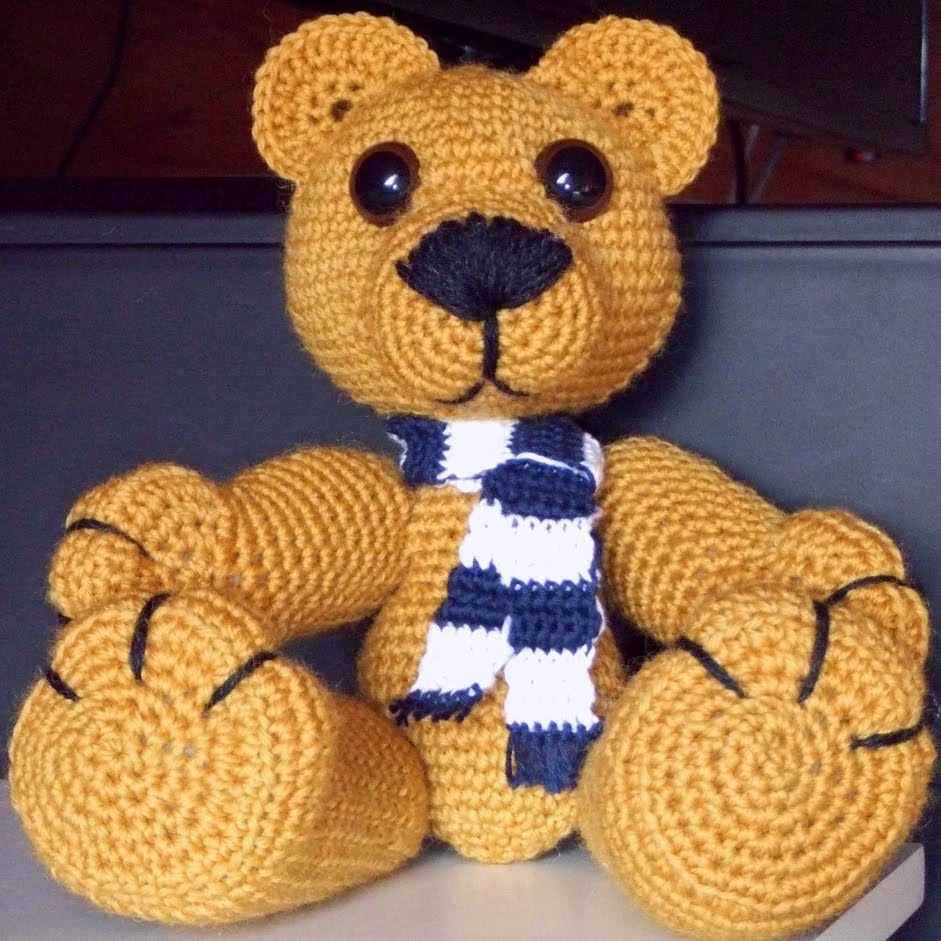 To learn how to get one of these and support the Joe's Bench campaign, click the image 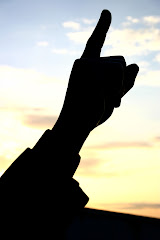 And join the discussion on Facebook after each game